Oasis is an innovative project undertaking a paradigmatic shift in the provision of religious and spiritual support in a public institution.

Oasis embraces religious and cultural diversity and directs itself beyond the individual to the human flourishing of communities.

Oasis also dynamically feeds from the diversity of university life, whether it be expert knowledge in the academe, the diverse insights and passions contributed by the continuous flow of students themselves, and the experiences of the Oasis Team and its external networks.

The praxis of drawing inspiration from the best of religious traditions and engaging for well being with the existential realities of the present, creates an innovative model for providing spiritual support at a systems level within any community or organization.

The generative seeds of Oasis were planted in the late 90’s in response to an incapacity of traditional chaplaincy to embrace an emerging religious pluralism; and a corresponding desire for inclusion by minority religions. Oasis grew by recovering appropriate universal religious practices, particularly the practice of traditional hospitality – welcoming the stranger.

Post 9/11, it became clearer that these seeds of inclusion held promise for well being and social cohesion generally, in a world growing in awareness and seemingly threatened by  the emerging reality of religious and cultural pluralism. The emergence of Oasis in 2008, spurred on by the dawning of the significance of religion in world affairs, and as a counter-narrative to protectionism and sectional interest, is documented in my book ‘An Improbable Feast’ (2010).[1]

A note on the term ‘secular’

The understanding of ‘secular’ employed by Oasis is that the secular is not opposed to religion, but refers to an even-handedness in governance: that no preference be given in the public sphere on the basis of religion. In an inclusive society, ‘secular’ cannot be equated with ‘godless’, for that would exclude a major portion of society.[2]

In this paper, the terms ‘secular’ and ‘public domain’ are used interchangeably.

Oasis delegates sectarian religious practice to appropriate local religious communities, and university religious groups to the university’s provision for clubs and societies. Ideally, all activity within Oasis is inclusive and non-ideological.

Social Work might be considered a secular construction employing the kind of universal values and practices drawn from traditional religions that work for well being and social cohesion in the public domain. If so, one might expect a strong correlation between the goals and principles of Social Work and those of Oasis, having its origins in pastoral care (chaplaincy), then contextualised in the public domain after being embraced by the university into its administrative structures in 2013.[3] Oasis then needed to re-invent itself, particularly in the way it presented itself, because of its formal inclusion into the public domain. Hence a search for new language, culturally inclusive expression and an organizational model conducive to contribution by volunteers and their well being.

If we try to build the perfect organisation at the expense of the people in it, we will destroy the very organisation we are trying to build. It is only as we lay aside our obsession with building bigger, brighter and better organisations and simply love the people in them as sincerely as we can, that we will be able to build healthy communities.

Community development describes a way of working with people that is based on a set of values. These values emphasize the right (and the responsibility) of people to participate in decisions that will affect their lives.

Community development is concerned first and foremost with poverty and power. It is concerned with giving people – particularly the poorest – the knowledge, skills, opportunity and resources so that they can control their own lives. It emphasizes the process that enables maximum decision making for people where they are – at the grassroots where they live.

(Tony Kelly, Senior Lecturer in community work at the University of Queensland.)

These principles are not inconsistent with the ‘Oasis Elements of Hospitality’ principles developed by the Oasis Team in 2013, and may act as complementary commentary to it.
Alongside developing a model of pastoral care based on a radical understanding of traditional hospitality, Oasis began to develop its own volunteering structure, with the aim of providing the kind of support chaplains had, in the past, offered students – a listening and accompanying function. How the Team was to be best organised became an ongoing exploration.

Oasis evolved out of a context of conflict, dominated by the determination of one religious group to control others by bullying and hidden manipulation. It became clear that this win-lose, black or white, dualistic behavior found its roots in a well conceived, well-managed, well-funded external organization using universities to recruit supporters.

Oasis found that by constructing an alternative culture, inviting inclusion of all in the religious quest for meaning and purpose, the reductionist ‘certainties’ of this group could be exposed for what they were and well being among all allowed to flourish.

Recent developments in organization theory by Frederic Laloux are therefore timely and well-received by Oasis, insofar as they validate and give further insight to this direction.

From the Preface of ‘Reinventing Organisations’:

The way we manage organizations seems increasingly out of date. Survey after survey shows that a majority of employees feel disengaged from their companies. The epidemic of organizational disillusionment goes way beyond Corporate America – teachers, doctors, and nurses are leaving their professions in record numbers because the way we run schools and hospitals kills their vocation. Government agencies and nonprofits have a noble purpose, but working for these entities often feels soulless and lifeless just the same. All these organizations suffer from power games played at the top and powerlessness at lower levels, from infighting and bureaucracy, from endless meetings and a seemingly never-ending succession of change and cost-cutting programs.

Deep inside, we long for soulful workplaces, for authenticity, community, passion, and purpose. The solution, according to many progressive scholars, lies with more enlightened management. But reality shows that this is not enough. In most cases, the system beats the individual-when managers or leaders go through an inner transformation, they end up leaving their organizations because they no longer feel like putting up with a place that is inhospitable to the deeper longings of their soul.

In this groundbreaking book, the author shows that every time humanity has shifted to a new stage of consciousness in the past, it has invented a whole new way to structure and run organizations, each time bringing extraordinary breakthroughs in collaboration. A new shift in consciousness is currently underway. Could it help us invent a radically more soulful and purposeful way to run our businesses and nonprofits, schools and hospitals?

The pioneering organizations researched for this book have already “cracked the code.” Their founders have fundamentally questioned every aspect of management and have come up with entirely new organizational methods. Even though they operate in very different industries and geographies and did not know of each other’s experiments, the structures and practices they have developed are remarkably similar. It’s hard not to get excited about this finding: a new organizational model seems to be emerging, and it promises a soulful revolution in the workplace…

A brief explanation of Laloux’s paradigmatic organizational theory can be found at: https://www.youtube.com/watch?v=g0Jc5aAJu9g

Further explanation is documented at:
https://agilewarrior.wordpress.com/2015/04/07/reinventing-organizations-frederic-laloux/

My initial take on its connection with spirituality is at: https://travellingchaplain.com/2016/08/11/valuing-spirituality-in-organisations/ 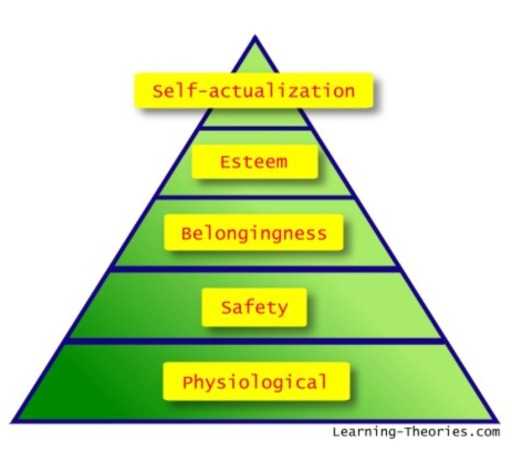 An organization in which religion and spirituality is normalized (self-actualization) is most likely to value the ‘teal’ categories of wholeness and higher evolutionary purpose.

Ours is a ‘both/and’ world.

Oasis has had the freedom to intuitively move toward the ‘Green’ – ‘agile/lean’ structure that has emerged within the world of the Internet, while situated in an institution enculturated within the orange and yellow paradigms. The university structure has given Oasis the stability and innovative environment to explore how religious and spiritual support may be re-imagined – perhaps toward something like a spiritual/religious equivalent to systemic structures fostering preventative/public health.

The emerging ‘teal’ framework provides Oasis with a means of organization that is more likely to avoid the negative consequences to the human person and community, namely violence, war, coercion and bullying, which run rife in the red, yellow and orange paradigms. The insight that emerges from Laloux is that regulation and education are insufficient correctives, and that radical change needs to happen at the organizational level if change is to be effected.

The contribution Laloux makes to the quest for peace at all levels is that he exposes the inherent flaws of various systems of organization and introduces us to successful organisations that have had the imagination and courage to go beyond them. This provides an important corrective to the current milieu in which individuals are asked to do more with less, and society is structured around blaming the individual for faltering under the load. Best practice principles in Social Work provide helpful commentary on healthy practice within any paradigm.

[2] How else to understand ‘secular’ when the founders of South Australia drew a firm line between church and state, at the time when Adelaide boasted twenty five churches in the square mile, and the colonial ‘dissenters’ were seeking a new life away from religious repression in their countries of origin?
Douglas Pike Paradise of Dissent: South Australia 1829 -1857. Melbourne University Press. Second Edition 1967
See Geoff Boyce Freedom to Believe – Celebrating a Human Right, World Religion Day, 2007
https://geoffboyceblog.files.wordpress.com/2012/03/worldreligionday21january2007.pdf

[3] A discussion of what may be lost or gained between Chaplaincy and Social Work is beyond the scope of this paper.

1 thought on “Oasis as a Self-Managing Community”